What is it ?
Before we start comparing these two giants , first I would like to introduce them. They are both closed system pods which are widely sold across Malaysia. Closed system pods comes with a device and a cartridge which contain food flavoring oils similar to e-liquids. It is a cigarette replacement device that promotes a healthier alternative to cigarettes to adult smokers. 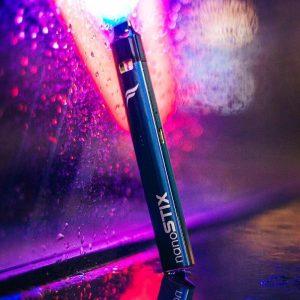 NanoSTIX
NanoSTIX was launched in January 2017 and is backed by Fantasy Lab Venture, the company that made Fantasi e-liquid. Their liquid is available across the world from Malaysia, Thailand, UK, etc. They also have official NanoSTIX stores in Malaysia , Indonesia Moscow. etc.  As of 2019 , they have more than 100,000 users across Malaysia and have sold more than 700,000 pods just in Malaysia alone. Their headquarters is in Malaysia and their branch office is in Manchester, UK. They are the first closed system pod in Malaysia and also the first to have an app so that it is easier for consumers to purchase their pods. 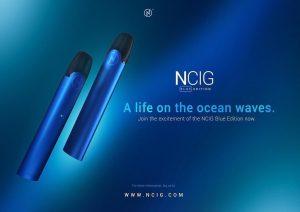 NCIG
NCIG was launched in January 2019 and is made by Nasty Worldwide. Nasty Worldwide is the leading vape company in the vape industry. They have collaborated with the biggest brands in the world and has set the benchmark in the vaping world. Their headquarters is in Tampin, Malaysia and has branch offices in USA, UK,Indonesia, etc. They have created a very strong and unique image for themselves as a hiphop street-cultured vaping company. From endorsing events like Sneakerlah and creating trendy apparels, accessories and skateboard decks.

HOW ARE THEY SIMILAR?
NCIG and NanoSTIX are both owned by Malaysians and have leading vapor products which are sold across the world. Their products have no doubt have made an impact to the vaping world . They are both slim , sleek and easy to carry around. They are both draw activated , so there is no need to worry about misfiring. Both of them share one common goal which is to help smokers kick the smoking habit.

WHAT IS NCIG ?
Their device is smaller,shorter and has a much more attractive look compared to NanoSTIX. Its device carries a 200mAh battery and can last about 1 day. It has a 3.2V output and its pod has a nice ergonomic feel both on your hand and on your lips. It has a gunmetal matte finishing which prevents fingerprints. One of the issues of the device is that it uses a proprieter charger called NDock. The NDock has to be connected to a USB adapter and then have to connect to the bottom(magnetic) of the device in order to charge. To solve this issue, they have an accesorry called NCase. It is a 1200mAH case which allows you to charge your NCIG on the go and also has a slot on the side to carry an extra NPod. In February, they launched a limited edition red color and released a blue one later on in April. In April, they also launched 2 new flavors , Grape Noir and Buttery Toffee in conjunction with their first NCIG retail outlet in Hartamas. The difference between NPod and Nanopods is that NPod comes in a box of four and has 1ml in each pod. They use a technology called NCat which stands for N-Ceramic Atomizing Technology. This solves common problems such as coil burning, spitback issues and leaking that is found in pods nowadays. Compared to NanoSTIX, NCIG has a weak battery indicator as it doesnt have an indicator indicating if its battery is weak or dying. NCIG currently comes in 2 packages which is the basic kit(RM89) and the full kit(RM150). The full kit comes with 4 pods and the basic kit comes with 1 pod. Their pods comes in a box of four priced at RM45.

WHAT IS NanoSTIX ?
NanoSTIX has been around around 2 years longer than NCIG which explains why NanoSTIX has more users and more flavors. They have 15 flavors and it comes in regular and light. Regular gives you a harsher throat hit and light gives u a smoother throat hit. NanoSTIX has a 350mAH battery life which can lasts about one to one and a half day. Its charging port supports any micro usb which is easily accesible. Compared to NCIG, NanoSTIX has a looser airflow which is subjective to users but there is a flaw in the NanoPod as it makes a popping sound as you are inhaling due to to the coil that is being used. Unlike NCIG, NanoSTIX has a battery indicator which is white(full), blue(half) and red(weak). However, I recommend you to charge when it is blue as the performance of the device depends on the battery level(same as ncig). In June 2019, NanoSTIX took conveniency to the next level by launching an app which is available in the App Store and Google Play that connects sellers to consumers. With this app, consumers can search the closest seller at their current location and can either be sent to them or go to the shop that is closest to them. Currently, their starter kit is priced at RM148 and it comes with 4 pods.

WHAT DO WE THINK?
In conclusion, both NCIG and NanoSTIX have their pros and cons and it really depends on your preference. We highly recommend that you visit a vape shop near  you and test them out to get a better feel of both of these before deciding. We have both NanoSTIX and NCIGS for you to try and you can just drop by and test it in our shop. From our experience of selling more than 500 units, NanoSTIX is more suitable for vapers and NCIG is more suitable for new users. At the end of the day , taste and preference are to each of their own. Do drop by our store as our experience salesperson will be able to assist you in choosing your device and we will allow you to test before making the purchase.

Care for a Hit of Tea?